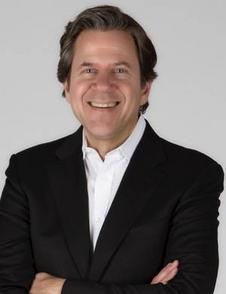 ​As founder and CEO of Walker-Miller Energy Services (WMES), Carla Walker-Miller is a savvy entrepreneur and a visionary leader determined to change lives through energy. With decades of energy industry leadership, her 18-year old, values driven Detroit-based firm creates and manages customized energy waste reduction programs that help electric and gas utilities, meet mandated energy savings goals. Walker-Miller Energy Services, generated $28 million in revenue last year. An engineer by education, Carla earned the respect of energy industry colleagues during her 18 years in the large utility equipment manufacturing sector. In 2000, she used her industry expertise to launch WMES, a non-stocking distributorship for medium and high voltage utility equipment, with average annual revenues of more than $10 million through 2009. During the economic collapse, she pivoted to energy efficiency, a growth industry, and lead her business to double-digit growth, earning both local and national recognition as a scrappy, innovative company to watch. Since 2014, her firm has experienced more than 700% revenue growth and operates in three states. 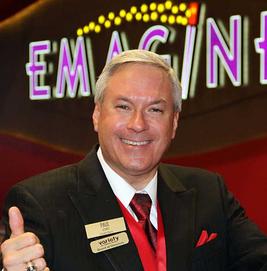 Paul Glantz possesses an in-depth understanding of business, having acquired substantial experience through progressively more responsible positions in finance, insurance, real estate and cinematic exhibition.  After graduating from Wayne State University in 1980, Mr. Glantz started his career as a Commercial Loan Analyst with Comerica Bank-Detroit.  Upon learning that he had passed the CPA examination at his first sitting, he subsequently joined Ernst & Young.  After several years as a tax practitioner and the attainment of his CPA designation, Mr. Glantz accepted a position with Pulte Homes, Inc. serving as Corporate Risk Manager, Assistant Treasurer, and later, as President of its wholly-owned subsidiary, First Line Insurance Services. 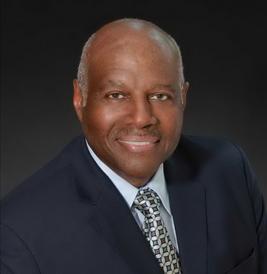 Joseph B Anderson, Chairman and CEO of Tag Holdings, LLC

​Mr. Glantz has also been the driving force behind the development and operation of metropolitan Detroit’s Emagine theatres. Serving as chief executive of Emagine Novi, Emagine Canton, Emagine Rochester Hills, Emagine Royal Oak, and Emagine Macomb, he raised over $55 million in capital to initiate those ventures, and in doing so, brought his concept of an exemplary entertainment experience to reality.  Emagine’s theatres were recognized by the readers of The Detroit News as the “Best Theatres in Michigan” for three years running.  WDIV Detroit viewers also voted Emagine as Detroit’s best theatres for two years in a row in the mid2000s and again in 2011.  In June, 2008, the editors of Corp! Magazine honored Emagine as one of Michigan’s Economic Bright Spots.  In April, 2010, Emagine was recognized by the Edward Lowe Foundation as one of the Michigan 50 Companies to Watch.

Mr. Glantz holds a Bachelor of Science Degree in Business Administration with High Distinction from Wayne State University and a Master’s Degree in Taxation from Walsh College.  In March, 2006, Wayne State’s Business School recognized Mr. Glantz’ accomplishments by awarding him its Distinguished Alumnus Award.  In May, 2011, Wayne State’s Irvin D. Reid Honors College named him one of their first ever “Pillar Award” recipients as an alumnus affiliated with the college who has distinguished himself in his profession and in service to humanity.  In June, 2011, Ernst & Young named Mr. Glantz its Michigan and Northwest Ohio Entrepreneur of the Year in the category of consumer products/services.  On October 29, 2011, at its annual leadership awards dinner, Walsh College honored Paul with its 2011 Distinguished Alumnus Award.

Committed to the communities in which Emagine and Proctor Financial do business, Mr. Glantz is actively involved in numerous philanthropic endeavors.  His volunteer efforts include serving as a member the Board of Directors of The Detroit Regional Chamber of Commerce and Gleaners Community Food Bank of Southeastern Michigan. He also serves as a member of the Wayne State University Business School Board of Visitors, as a member of the Wayne State University Foundation Board, as Chairman of the Wayne State University Foundation Investment Committee, and as Treasurer of the Detroit Chapter of Variety International.  In recognition of his contributions, Mr. Glantz was awarded the 2007 Presidential Citation Award by the Detroit Chapter of Variety International, The Children’s Charity.  In 2014, Mr. Glantz was honored by the Salvation Army with their “Doing the Most Good Award” and Winning Futures recognized him as its Businessman of the Year in honor of its founder, Sam Cupp. Mr. Glantz and his wife, Mary, reside in Lake Angelus, Michigan. They are the proud parents of two terrific college-age sons, Jack and Jim.

Dave Zilko founded his first specialty food company more than 25 years ago. While today Dave remains an equity partner in several food-oriented enterprises, he recently exited active involvement in the industry when he engineered the sale of Garden Fresh Gourmet, makers of the number one brand of fresh salsa in North America, to the Campbell’s Soup Company for nearly a quarter of a billion dollars. Dave was a partner at Garden Fresh for 13 years, serving as Vice Chairman with primary responsibility for strategy and sales.

In early 2016 Dave published a book, via Wiley & Sons, detailing his experience as an entrepreneur in general and his experiences with Garden Fresh in particular. Entitled Irrational Persistence: Seven Secrets That Turned A Bankrupt Startup into a $231,000,000 Business. The book became an instant national best seller. Today Dave has invested in and has assumed the role of CEO at FUEL Leadership, a digital media property that also organizes exclusive business events. He has started another food company, Skinny Butcher brand ready to serve meals.

Mr. Joseph B. Anderson, Jr. born in Topeka, Kansas, graduated from the United States Military Academy at West Point in 1965, with a Bachelor of Science Degree in Math and Engineering.  He subsequently received two Masters Degrees from the University of California, Los Angeles in 1972 and 1973.  Mr. Anderson attended the Army’s Command and General Staff College in 1977.  He also is a graduate of the Harvard Advanced Management Program, 1984.  In June 2007, Mr. Anderson received an Honorary Doctor of Management Degree from Kettering University and in December 2013, he received an Honorary Doctor of Commercial Science Degree from Central Michigan University. In May 2016, Mr. Anderson received the Distinguished Graduate Award from the United States Military Academy at West Point honoring him for his lifetime of achievement. During his military career, Mr. Anderson commanded troops as an infantry officer in the 82nd Airborne Division and served two tours of duty with the 1st Cavalry Division in Vietnam.  In addition to troop command, Mr. Anderson served as aide-de-camp to two general officers, and he also was an assistant professor in the Department of Social Sciences at West Point.

​An award-winning company, WMES recent accolades include the 2019 Distinguished Business Leader award by WBENC Great Lakes Chapter, DBusiness magazine’s 2017 Champion of the New Economy, and the Ernst & Young 2017 Entrepreneur of the Year award for Michigan and Northwest Ohio region in the category of business consulting. Additionally, WMES received both the Small Business of the Year, and the Woman- Owned Business of the Year award in 2015 by Michigan Small Business Administration (SBA). She serves on the boards of the Mayor’s Workforce Development Board, the Michigan Small Business Development Center, the Detroit Regional Chamber, the Michigan Energy Innovators Business Council, the BUILD Institute, the Wayne State University Physicians Group, TechTown, the University of Detroit Jesuit High School, and the American Association of Blacks in Energy.

Carla is an astute business woman who leads with her giving spirit, in 2000, she founded WAVE, the Water Access Volunteer Effort, which has distributed more than $2 million to help vulnerable Detroit families maintain access to water and sewer services.  She focuses on empowering people and enriching communities by providing extraordinary experiences for her team members, clients, and the community. The title of her presentation is "Lean Out."

Dave is an Operating Partner at Huron Capital, a Detroit-based private equity firm with over $1 billion under management. Dave also serves on the boards of the $60 million Grow Michigan venture fund, of Jimmy Buffett's charitable foundation "Singing for Change," and on the executive board of the largest food rescue organization in the country Forgotten Harvest. Dave graduated from Michigan State University with a degree in finance and earned a Master of Business Administration in marketing from The George Washington University.

​In his capacity as CFO of PFI, Mr. Glantz initiated efforts that added over $3 million per year in annual operating income. Moreover, between 1996 and 2007, he helped guide PFI and its affiliates from a value of less than $1 million to over $50 million.  Monetizing the aforementioned appreciation in value, he successfully quarterbacked the sale of Proctor’s flood division to TransUnion, LLC and the balance of the firm to Brown & Brown, Inc., a leading NYSE-listed insurance intermediary.  Since January 2007, Mr. Glantz has enjoyed the privilege of leading PFI as its President.  From 2008 to 2012, under Mr. Glantz’s leadership, PFI consistently generated the largest single-year operating profit of any Brown & Brown profit center.

Since 1989 Mr. Glantz has focused his efforts on building entrepreneurial businesses.  Particularly noteworthy was his decision, in October 1990, to assume the position of Vice President of Finance & Administration with Proctor Financial, Inc. (“PFI”), a leading provider of specialized insurance services to mortgage servicers nationwide.

The National Entrepreneurs Association's Lifetime Achievement Award is awarded to entrepreneurs who demonstrate excellence in entrepreneurship. Through hard work and dedication these individuals have built multi-million dollar organizations that contribute to the economic growth and development of the communities in which they serve. In addition, our awardees are philanthropists who give back in an effort to make the world a better place for all. With character and integrity they serve as examples of what is possible when you set goals, believe in yourself and persevere.

Mr. Anderson and the infantry platoon he commanded in Vietnam were subjects of the highly acclaimed documentary film “The Anderson Platoon”.  The documentary has been shown in more than 20 countries and has won several prizes to include the Oscar of the Academy Awards and an Emmy.  Mr. Anderson’s military awards include two silver stars, five bronze stars, three Army Commendation Medals, and eleven Air Medals. In 1977, Mr. Anderson was selected to be a White House Fellow and worked as Special Assistant to Secretary of Commerce, Juanita Kreps.

Mr. Anderson began his business career with General Motors in 1979 and served as a plant manager and business unit director.  After 13 years of service, he resigned to become President and CEO of a privately held company, Composite Energy Management Systems Incorporated.  In October 1994, he acquired a controlling interest in another privately held entity and held the position of Chairman of the Board and CEO before divesting his interest in 2002. Mr. Anderson is currently the majority owner, Chairman and CEO of TAG Holdings, LLC which owns several manufacturing service and technology based entities based in North America. These entities serve a variety of industries including automotive, heavy equipment, aerospace and defense. Firms run by Anderson were in the top five on the Black Enterprise 100 List, a list of the nation's largest Black businesses, for several years with roughly $800 million in revenue at one point.

Mr. Anderson currently serves on the company Board of Directors of Rite Aid Corporation.  He is also on the Board of Directors of Business Leaders for Michigan, Wynnchurch Capital Advisory Board of Directors and the Board of Trustees for Central Michigan University.  Mr. Anderson also serves as Chairman of the Federal Reserve Bank of Chicago-Detroit Branch.   His community involvement includes the National Recreation Foundation, Horizons Upward Bound Advisory Board and the University of Michigan-Dearborn Executive Leaders Advocacy Group.  Mr. Anderson is a past chairman of the U.S. Department of Commerce Manufacturing Council.

Dave Zilko, Partner and Vice Chair of Garden Fresh Gourmet, Makers of the Number One Brand of Salsa in North America